We deliver the northeast

Get real time updates directly on you device, subscribe now.

NEW DELHI: Election Commission of India (EC) on Friday directed the Chief Electoral Officer (CEO) of Assam to transfer Sushanta Biswa from the post of Superintendent of Police (SP).

Sushanta, who is the brother of minister Himanta Biswa Sarma, is currently posted as the Superintendent of Police (SP) of Goalpara district.

Voters in Goalpara district will exercise their franchise in the third phase of the Assam Assembly election on April 6. 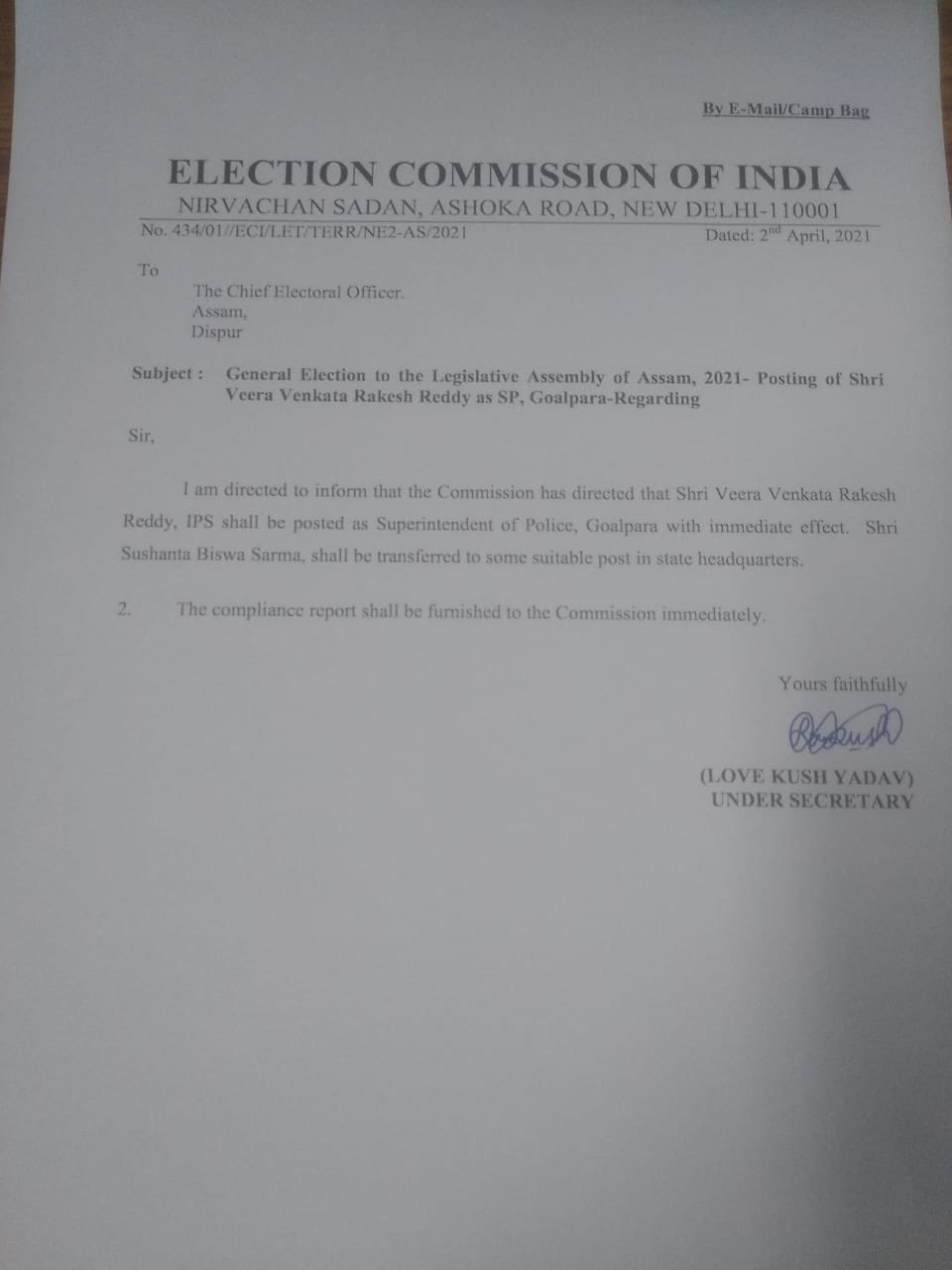 In an official communication to the State’s Chief Electoral Officer on Friday, the EC ordered the transfer of Sushanta Biswa Sarma from Goalpara “to some suitable post in State headquarters”.

The EC added that Veera Rakesh Reddy shall be posted as Superintendent of Police, Goalpara with immediate effect.

Earlier, the Commission had banned senior BJP leader and Assam minister Himanta Biswa Sarma was barred from campaigning for 48 hours ahead of the third and final phase of assembly polls.

Sarma has been barred for ‘threatening’ to send political rival Hagrama Mohilary to jail by using the National Investigation Agency (NIA).

“…the Commission hereby strongly condemns the impugned statements made by Sh. Himanta Biswa Sarma, BJP leader and star campaigner. The Commission, under Article 324 of the Constitution of India and all other powers enabling in this behalf, bars him from holding any public meetings, public processions, public rallies, road shows, interviews and public utterances in media (electronic, print, social media) etc. in connection with ongoing elections for 48 hours from immediate effect on 02.04.2021 (Friday),” the election body wrote in its notice.

Support our brand of fearless and investigative journalism:

Get real time updates directly on you device, subscribe now.

One killed, another injured in a road mishap in Assam’s Boko

When choosing the best casino online actions to speak louder than words. The online casinos you find at SevenJackpots are all meticulously tested to find out if they tick all the boxes of a top choice fit for Indian players.
Play live casino games such as roulette, baccarat, and Teen Patti directly on your phone, visit 10cric.com/live-casino/ and experience HD quality live streams.